We strongly believe that offering you an integrated approach to your health will give you the best results and our track record of great results supports this. Whichever of our phases that you feel that you’re in we’re here for you, and have a range of services that will be able to assist you.

Whether your goals are big or small, we will help you achieve them.

Our integrative approach combines therapy and coaching under our four phases. Heal, Restore, Base and Perform.

This phase is characterised by you not feeling great. Be it pain, low energy or mood, you just know something’s not right. Get the relief that you’re seeking and take control of your troubles.

You’re moving and feeling okay, but the quality is not quite what you want it to be. It’s time to get yourself back to your previous level of function.

Building the right base to ensure you’re not headed backwards but are instead setting up for your future success. We’re setting the right base so that you can handle your daily and physical activity demands with ease.

A dream without a plan is called a wish, but it doesn’t have to be that way. Work with us towards the goals that you’ve always dreamed of. 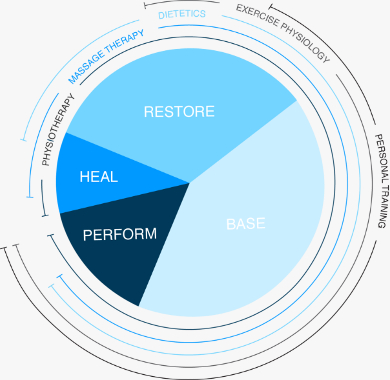 Client of the Month

Our Personal Trainers and Exercise Physiologists in North Sydney nominate a client of the month each month, here are a few of our recent stars! 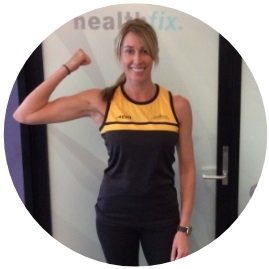 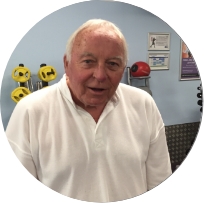 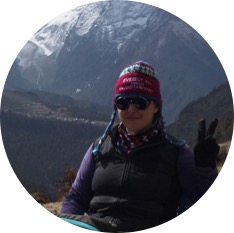 Your goals are as varied as you are.

We’re sharing these personal goals with you, because anything is possible, and we love it when our clients embrace this. Whether you are at the healing phase of their journey or in perform, everyone has an aim, a wish or a dream and we work with our clients, and our supportive network of professionals, to make this possible for you. We see lots of different goals from our clients, and would love to share them all, but here are a few of our favourite client goals!

Sean founded Healthfix in 2011 with the purpose of creating a health service that delivered lasting results and gave its clients the confidence to do whatever it is that wanted to do. Having a strong foundation in exercise from his personal training and exercise physiology background he had seen, even from early on in his career, that most great results came from guiding people to engaging in the activities that they love to do. Or, if they didn’t have any, he’d enjoy going on that journey with them to find out what they were!

At that time, exercising and active living as long-term health solutions for a large range of problems were known but no service existed to properly lead people there. Clinicians were accustomed to problem finding and would only elaborate on problems, the limitations of single service clinics or multidiscipline clinics that used subcontractors were that they were limited in a delivering a total health solution and problems either keep recurring or you had to keep going back for maintenance work. Sean saw that by creating a team that could all have one common goal of giving the client the best outcomes possible with the combination of their skills would result in the best outcomes for the client in the most time-efficient manner. And then it worked! In its early years, Healthfix grew at astounding rates. By the time Healthfix was 2, we had 1000 clients, 4 therapists and a dynamic administration team led by Linelle all in North Sydney. By year 3 we were opening our second clinic on Walker Street and had more positive Google and Facebook reviews than we could’ve imagined. What was most pleasing was that it was fulfilling a greater goal of creating affordable health care where business growth was supported by happy customers referring their family and friends rather than the customer continually having to come back and spending on their health. With the continued growth by year 4, Healthfix welcomed Ash into the business as a director. Trained as an occupational therapist and always having worked on the side of managing larger health solutions for larger companies like Sydney Water and Kmart, Ash was able to streamline our systems and operations. Ash shared in Healthfix’s philosophies, believing that health didn’t mean the absence of injury or illness. As her time as Kmart’s national injury services manager for Australia and New Zealand, her approach that focused on the person and not purely the problem saw her reduce the company’s workers compensation liability by $7 million annual and win multiple industry awards. 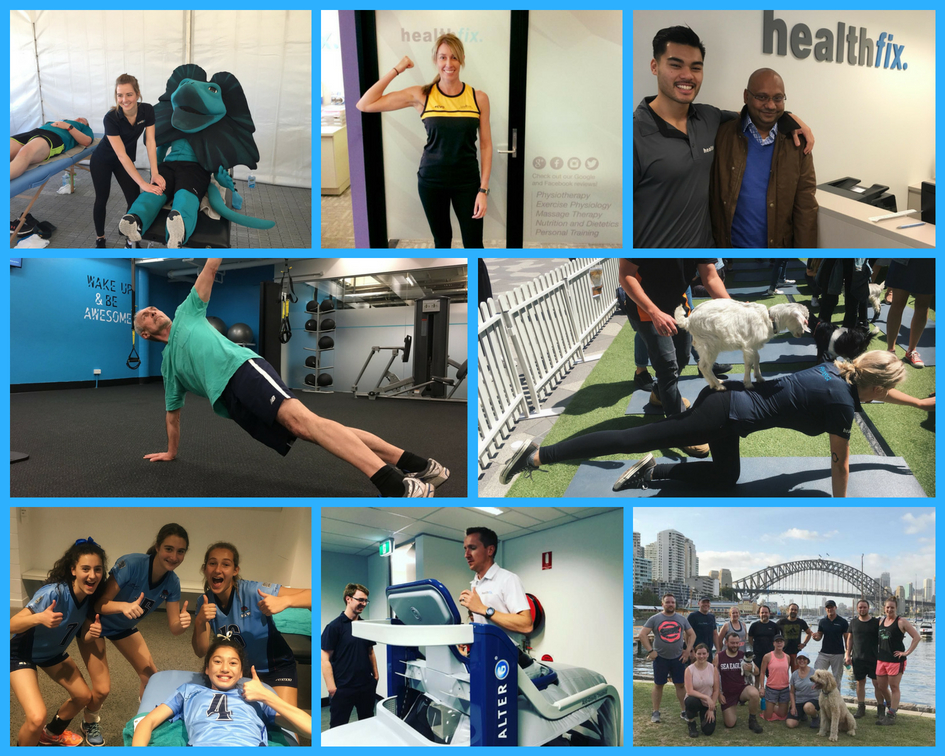 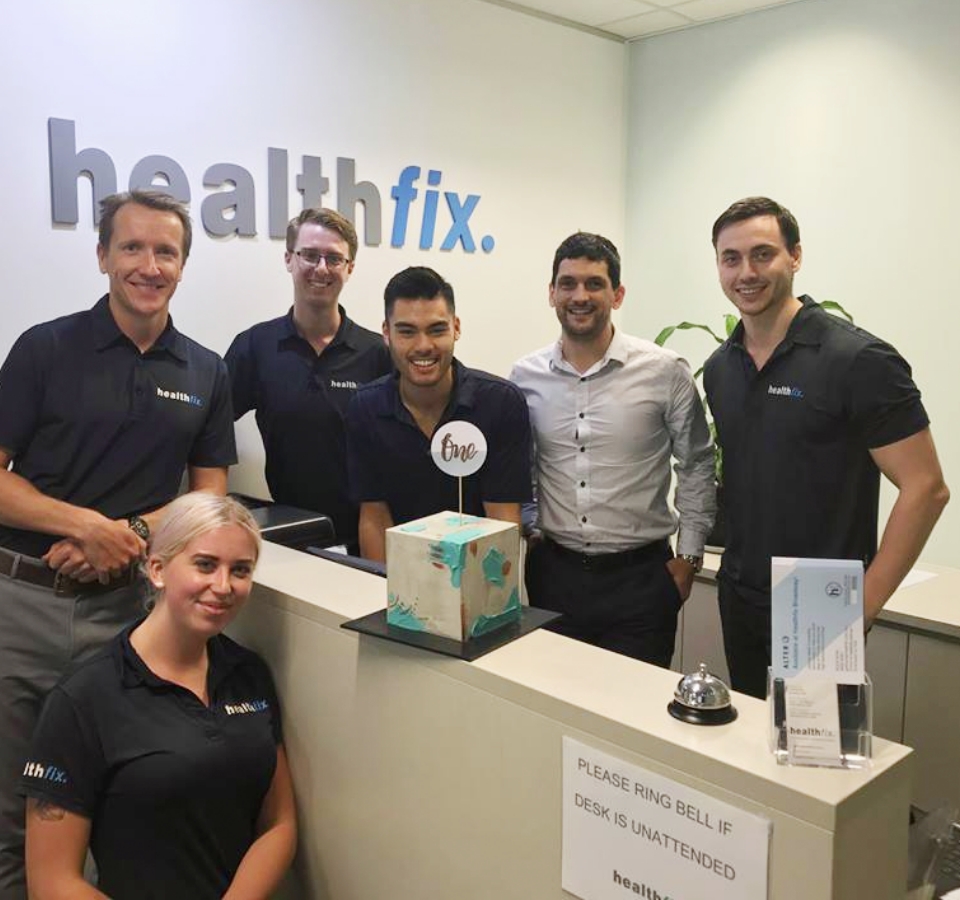 In to its 6th year and the growth continued, this time with a 3rd clinic opening in Broadway in the University of Sydney (UTS) precinct. Healthfix won the competitive tender over several leading companies for a “physiotherapy clinic” but highlighting the more modern and more effective approach of having an integrated clinic that used physiotherapy as part of a total solution. This clinic was to be affiliated with the UTS’ Masters of Physiotherapy degree and as such they wanted their course to be aligned with current best practice. With the addition of this 3rd site, Healthfix welcomed Steve as a new director to steer the practice. Steve with his background in personal training, exercise physiology and physiotherapy had already gone on to have a successful career in professional sport and with the NSW Police. His approach of developing smart health strategies and logical processes combined with his ability to lead a team saw him manage the Canterbury Bulldogs in the NRL and the Western Sydney Wanderers in the A-League during successful years and develop the NSW Police’s RECON program that has drawn national attention. Currently, we have grown to just shy of 6000 clients with a team of over 20 and servicing 550-odd consults per week. We have merged our foundation practice on Blues Point Road into our Walker Street clinic with big plans ahead for the future. We continually work on processes to deliver even better results through an integrated approach and we are happy to see when we are delivering better results in quicker time frames so that our clients are spending more time and money doing the things that they love to do.

To create a healthy community, we know we need to be a part of it. We’ve understood this from an early point in time and would donate our cancellation fees to charities that were meaningful to our team and our clients. We’ve now been donating 50% of our cancellation fees for some time and this had made a great impact on a number of charities. Healthcare, particularly in a one-on-one setting like our personalised service, can be quite insular for the client, as well as the team member. We see the importance of being involved within the community to see that we’re not alone with the health concerns we have. 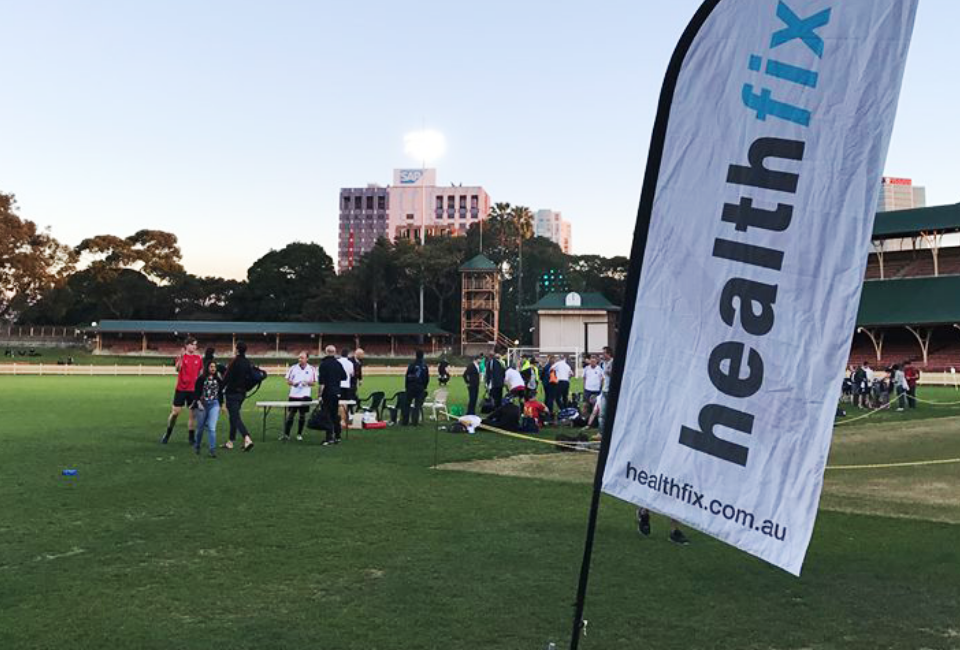 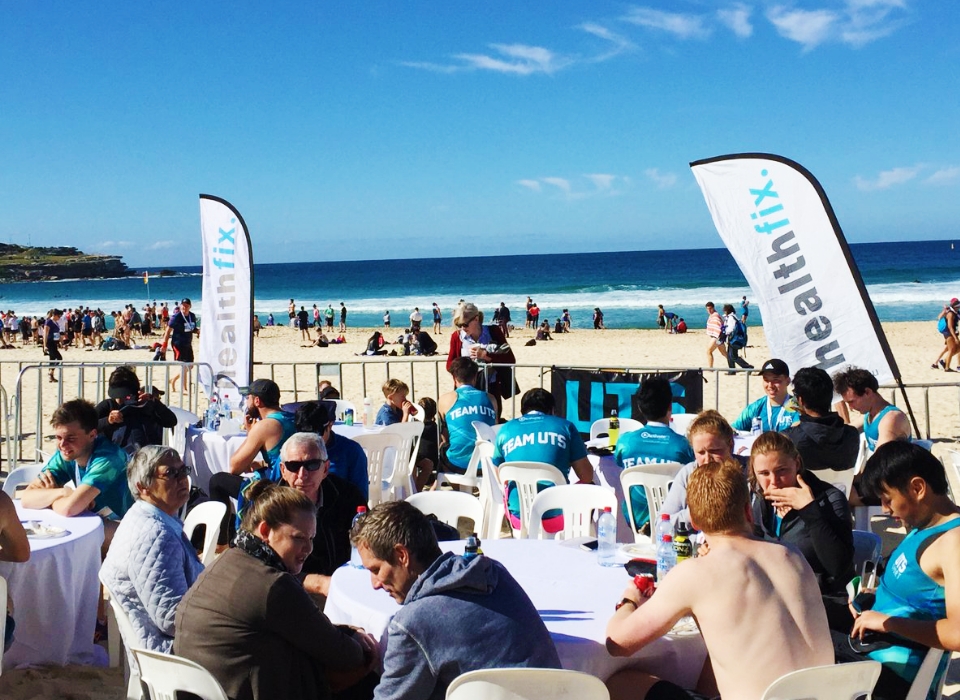 We set up an early relationship with CanToo due to their amazing program of raising money for cancer research through engaging people into long-term sustainable exercises of running and swimming. We are regular collaborators with our local North Sydney Council with running run clubs, outdoor group fitness training, creating health information through seminars, amongst other things. With the council, we regularly look for ways to improve the health of the community through their NTH SYD program based around health, wellness and community. Over our time we have donated thousands to multiple charities and are looking more into projects now where we can use our integrated service to have an impact on local health concerns. We’ll update you on these as they happen!

When coming somewhere new we know there are always so many questions, that’s why we’re here for you. If you would like to ask us anything, please just pick up the phone or send us an email.

We’ve outlined a few of our commonly asked questions below to also help you out.

A Dream Without A Plan Is Called A Wish.

There has never been a better time to start exercising and establishing your sustainable, healthy habits.